CLICK HERE FOR A DIGITAL VIDEO OF THE INTERVIEW

A dialogue between curator Amanda Cachia and artists from the Montreal Inaccessible Collective about the "Traffic Lights" virtual poster project for Cripping Cyberspace.

Arseli Dokumacı (m.i.a. collective) is a postdoctoral researcher at Concordia University, Department of Communication Studies, Mobile Media Lab. She received her Ph.D. in performance studies from Aberystwyth University, following an MA in film and communication from Bahcesehir University and a BA in translation studies from Bogazici University. Arseli’s research lies at the confluence of performance and disability and explores disability in relation to performativity, movement and mobility in everyday life. As part of her PhD project Misfires that matter: Invisible disabilities and performances of the everyday, she created a two-hour ethnographic documentary on everyday practices and “affordances” of people with rheumatoid arthritis. Articles stemming from this research have appeared inPerformance Research (“On Falling Ill”, 2013) and Disability in Judaism, Christianity and Islam (“Performance of Muslim Daily Prayer by Physically Disabled Practitioners”, 2011). Arseli exhibited her video work as part of Differential Mobilities Conference multimedia exhibition (Montreal, 2013) and presented her documentary over a dozen of international and national events (including invited presentations for medical professionals). In her current postdoctoral project, Everyday “taskscapes”: Experiencing the same geography with different disabilities,” Arseli follows a deaf, a blind and a physically impaired individual (all living in the city of Montreal) and films their everyday practices over the course of a year with the aim of creating a series of online video capsules. Arseli is the current chair of emerging scholars committee at Performance Studies international (PSi) and works as the project assistant for PSi#21 – the globally dispersed conference PSi will be holding in 2015. She is also a part of the organizing team for Trans-Montreal symposium 2015 and a member of the Performance and Disability working group at International Federation for Theatre Research. Together with Kim Sawchuk, Arseli will be co-convening a work group on performance and disability as part of Encuentro 2014,MANIFEST! Choreographing Social Movements in the Americas.

Antonia Hernandez (m.i.a. collective) is a graphic and web designer. She finished a Masters degree in Media Studies at Concordia University. Mixing media practice and theoretical research, her interests involve the domestic side of digital networks, interfaces and alternative education. She works for the Mobile Media Lab, providing public and visual output to diverse types of research.

Laurence Parent (m.i.a. collective) is a PhD student in Humanities at Concordia University. She holds a MA in Critical Disability Studies from York University and a BA in Political Science from Université du Québec à Montréal. She lives in Montréal and is involved within the Québec Disability Rights Movement. In 2009, she co-founded a disability rights organization called RAPLIQ which aims to challenge ableism by doing direct actions and using creative means. She wrote, directed and produced her first documentary film-Je me souviens: Excluded from the Montréal subway since 1966- which has won the award of Emerging Artist at the 2010 International Disability Film Festival in Berkeley. She is involved in the project Montréal *in/accessible since its beginning in 2012. She directed Cripping the Landscape: Québec City.

Kim Sawchuk (m.i.a. collective) is a Professor in the Department of Communication Studies at Concordia University. She holds a Concordia University Research Chair in Mobile Media Studies. She is the former editor of theCanadian Journal of Communication and a co-founder of the feminist media studio, studio XX. The current co-editor ofWi: Journal of Mobile Media, her research in mobile media studies focuses on geo-locational media, ageing and digital technologies, and the intersections between mobility studies and critical disability studies. A feminist media studies scholar, Sawchuk is interested in collaborative writing practices, with a special focus on new media art, wireless and mobile media technologies and the politics and culture of health and biomedicine. Her many publications includeSampling the Wireless Spectrum: the politics, poetics and practice of mobile media (2010) co-edited with Dr. Barbara Crow and Professor Michael Longford of York University. Other publications included  Used/GOODs (2009) with artists and curators Gisele Amantea and Lorraine Oades. Embodiment (2007) is a collection of feminist writing on the body with artist-researcher Christina Lammer and curator Catherine Pilcher (Vienna).  Other publications include Wild Science: Reading Feminism, Medicine, and the Media (2000) co-edited with Janine Marchessault and When Pain Strikes (1999), co-edited with the artists and curators Cathy Busby and Bill Burns. 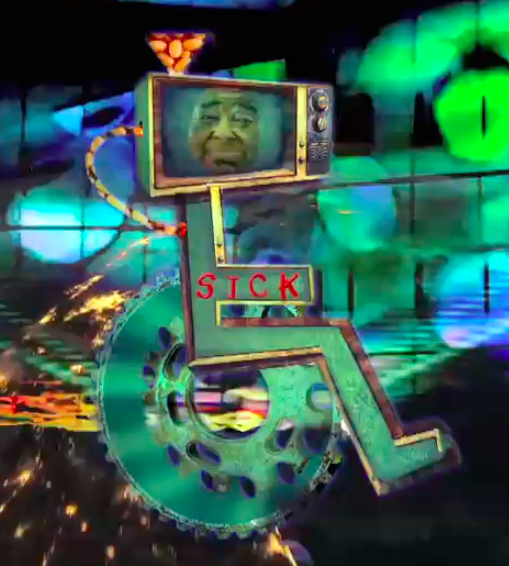